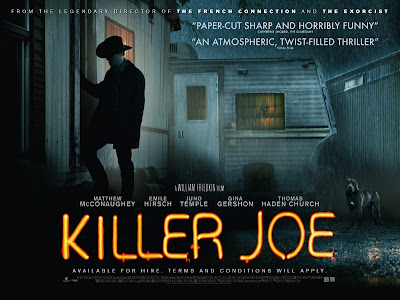 Killer Joe - the new black comedy by legendary filmmaker William Friedkin (who is still making films at the ripe age of 77!) - revolves around a dysfunctional lower class American trailer park family as they struggle through a series of dark events that soon spin dangerously and morally out of control. When drug dealer Chris Smith (Emile Hirsch) ends up out of his depth in debt and with those who are owed the money after him, he concocts a plan with his father Ansel (Thomas Haden Church) to get his mother murdered so that they can claim the insurance money on her life. To carry out the job, Chris calls upon Joe Cooper (Matthew McConaughey), a policeman who also moonlights as a hit-man. However when Joe requests that Chris' younger sister Dottie (Juno Temple) acts as his 'retainer' for the money (an object that Joe owns until the money is given to him), events unfold and things all start to go horribly wrong...

Killer Joe is a film that is at times very difficult to watch, and unfortunately for me it's even more difficult to review. My overall opinion on the film is genuinely split and has been for the last week since seeing it, and I still genuinely don't know which side of the fence to be on. Part of me sees it as a very effective piece of filmmaking, the other part sees an incredibly perverted and morally questionable piece of filmmaking; and I don't quite know which one Killer Joe is. 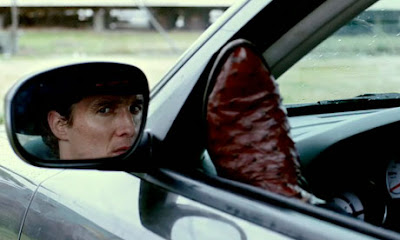 I'll be blunt (as is much of the film!); I found Killer Joe to be an intensely perverted piece of filmmaking, on almost all levels. The film and its story lust over women, the human body, violence, crime and social class' in a way that I found incredibly uncomfortable to watch. The film features a lot of very adult visual content (in the form of violence and sexual content) even if only within a few scenes. One particular scene - which has become quite infamously known as 'the chicken scene' amongst those who know about the film - is a clear example of this, and simultaneously one of the most repugnant things that I have ever had to sit through!

However it is difficult to call this is an entirely bad thing as it is a film that should ultimately shock and horrify its audiences. To Friedkin's merit he has shot and edited the film in a very impressive style that does cause every scene to feel uneasy as an extension of the film's story and characters. The camera itself lingers over female bodies in graphic detail and the violence does not hold back, and the occasional moments of discontinuity editing help to disorientated the audience further. This is a film where even the simplest and least difficult of scenes evoke a distinct feeling of discomfort when watching. It is however difficult to establish whether this is an effective piece of filmmaking, or an unwelcome perverted vision from Friedkin. 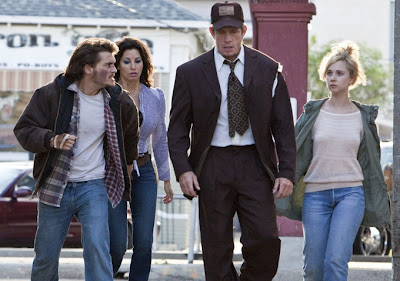 'Dysfunctional family' would be an understatement...

Perhaps the film raises many more moral questions than just that though - perhaps it's equally to do with what the audience takes away from it. Whilst watching the film we absorb the director's vision, but simultaneously we put just as much of ourselves into the film as we take away from it. Killer Joe's depiction of society is questionable to say the least, with the film seemingly looking down upon the suffering and poor trailer park family; however we also do the same thing as a member of the audience, the question is how much are we putting in and how much are we being forced into that view? The director leads what we see, but ultimately it is us who makes the final conclusion. So is it fair to criticise the film's morally questionable themes and direction, or is Friedkin merely laying out the pathway for us to discuss and deliberate our own interpretations and opinions?

Tying into this, the film has been labelled in a lot of sources as a black comedy, although there isn't an awful lot to laugh at from that respect. Having said that there were a few laughs heardfrom other people in the screening that I was in, mainly at the stereotypical depictions of the less intelligent social classes that the film presents. I'd be lying if I said I didn't chuckle a few times myself, arguably a few of these were more along the lines of awkward laughter that come as a result of the film's uncomfortable content though. Yet if some people are watching this as a form of comedy, does that not reflect the viewer more than the director? I guess it depends on how you respond to it, but I certainly wouldn't label the film as a comedy by any stretch, even if it does contain a few chuckles; most films do! However if Friedkin has made this film to be seen as a black comedy, I think that ties back into the moral questioning of the film's perverse view upon society. 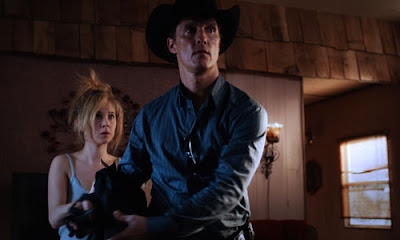 Temple and McConaughey - not your average double act...

The question remains to be answered though: is Killer Joe a skilful piece of filmmaking from William Friedkin, or a morally questionable piece of perverted cinema? Does the film's uncomforting and difficult direction and themes come as a result of an intentional crime horror, or does the black comedy genre title that it's received instead reflect what is perhaps a much more disturbing piece of film from the minds of the film's writers and director? It's still hard to say, I'm slightly more inclined towards saying that it is a good piece of film, but at the end of the day it is still quite difficult to say that I enjoyed watching such a uncomfortable and questionably corrupt film on any level, or if I could wholeheartedly recommend it to anyone. All of that aside, the film's cast certainly deserves a nod of the hat for some exceptional performances, McConaughey and Temple in particular.

With all films you need to see them yourself to make up your own opinion - you can never take the opinion of a critic as fact (kinda shooting myself in the foot here aren't I!?) - but for Killer Joe more than any film, this is one that you will have to make your own mind up about. Bear in mind this is not a film for the faint of heart with its difficult visual depictions of violence and its perverted nature, Killer Joe is the film equivalent of Marmite: you'll either love it or you'll hate it!

Killer Joe (certificate 18) is now showing in cinemas across the UK.


Have you seen Killer Joe? Agree or disagree with my review? Leave your thoughts and opinions in the comments section below!
Posted by Dave Startup at 19:15