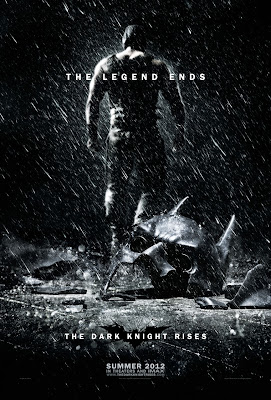 It's been a while since my last Trailer Park article, but a certain big release this morning has forced me out of retirement - very similarly to the film's main character and plot in fact (yes, I did just compare myself to Batman!)

Set 8 years after the events of The Dark Knight, The Dark Knight Rises, the supposed finale to Christopher Nolan's Bat-trilogy, sees a new threat plague Gotham city in the form of Terrorist Bane (Tom Hardy). When a threat this big strikes, Bruce Wayne a.k.a Batman (Christian Bale) is forced to don the Batsuit once again in order to save the day - but this time can he? The film sees the return of many franchise familiars including Michael Caine, Gary Oldman and Morgan Freeman who reprise their previous roles, and introduces a whole host of new characters played by the likes of Joseph Gordon-Levitt, Marion Cotillard and Anne Hathaway; who dons her catsuit to play Catwoman in what promises to be a truly epic climax to an incredible trilogy of films.

The third and final trailer for The Dark Knight Rises was released this morning and brings with it everything you'd expect from it. Hardy's Bane looks set to even challenge the late Heath Ledger's widely acclaimed role as the Joker from the previous film for best villain, in a role which from footage and information released looks to be something incredible. With this trailer being put online just days after Avenger's Assemble hit UK cinemas, with many people calling it the best comic book film of all time - could The Dark Knight Rises very shortly make them reconsider? I think so...


The Dark Knight Rises is released in cinemas across the UK on July 20th 2012.

Are you excited for Christopher Nolan's epic Bat-finale? Do you think it will be a blockbuster or lacklustre? Leave your comments below!
Posted by Dave Startup at 12:16