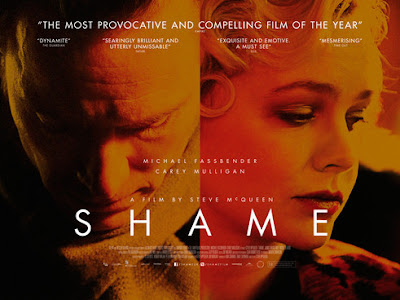 Michael Fassbender proves he has the balls - literally!

Shame follows the life of Brandon Sullivan (Michael Fassbender), a man living in New York and suffering from the problems of sex addiction. When his sister Sissy (Carey Mulligan) comes for an unexpected stay at his apartment, Brandon begins to realise all of the problems that he has and attempts to pull himself together to live a normal life.

Depicting the world through the eyes of a man suffering from the sex addiction, director Steve McQueen (no, not that one...) beautifully shoots a disturbing film that will make you think about the film way after the end credits have rolled. Though the film feels at times long due to it's difficult subject area that is shot to feel awkward through long takes in certain scenes that hide none of the actions or emotions portrayed, and the opposite with fast cuts for some of the more graphic scenes, this is the point of the film: that it does give off this impression and make you feel this way, which is what makes it work so well.

The performances throughout the film are second to none, with Carey Mulligan giving an impressive performance amongst others. However it is Michael Fassbender who truly steals the show through such a powerful performance with great emotional depth as the film follows his story entirely; Fassbender's performance allows us to believe the world we see through Brandon's eyes and sympathise with him in many ways, yet feel just as repulsed as we are charmed by this seemingly normal man in others. 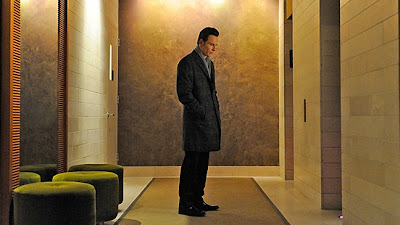 The film deals with a lot of difficult subject issues and does little to hide them in anyway, shape or form. It certainly isn't for the faint of hear - yet at the same time I would recommend that a lot of people do watch this, as it is an incredibly powerful piece of film that skilfully portrays a number of important messages, no matter how hard they may be to watch at times. No matter how bad it may seem, these sort of things do happen in real life, and seeing this is an important part of realising the world we live in. That's why I think that Shame is such a thought provoking and powerful piece of work that will linger with you for a long time.

Every now and then a film is released that really makes you think about what you should think and how you should feel, sticking with you long after you've left the cinema: Shame is one of those films. Despite being at times a very difficult and uncomfortable film to watch, the fact that me and my friends were still talking about it and trying to figure out what we thought for the entire walk home and beyond (I saw it two days ago and I'm still thinking about it!) does go to show just how powerful the film is - thanks to its beautiful cinematography and direction, and its exceptional cast lead spectacularly by an incredible performance by Michael Fassbender. The last film that I reviewed and saw at the cinema was The Muppets - it's fair to say that Shame is the complete opposite (in fact it took a listen of the entire Muppets soundtrack just to cheer me up afterwards!), yet I wouldn't recommend this fantastic film any less because of it (except maybe not for the kids...)


Shame is showing in cinemas across the UK now.

Agree or Disagree? Leave your comments below!
Posted by Dave Startup at 20:41